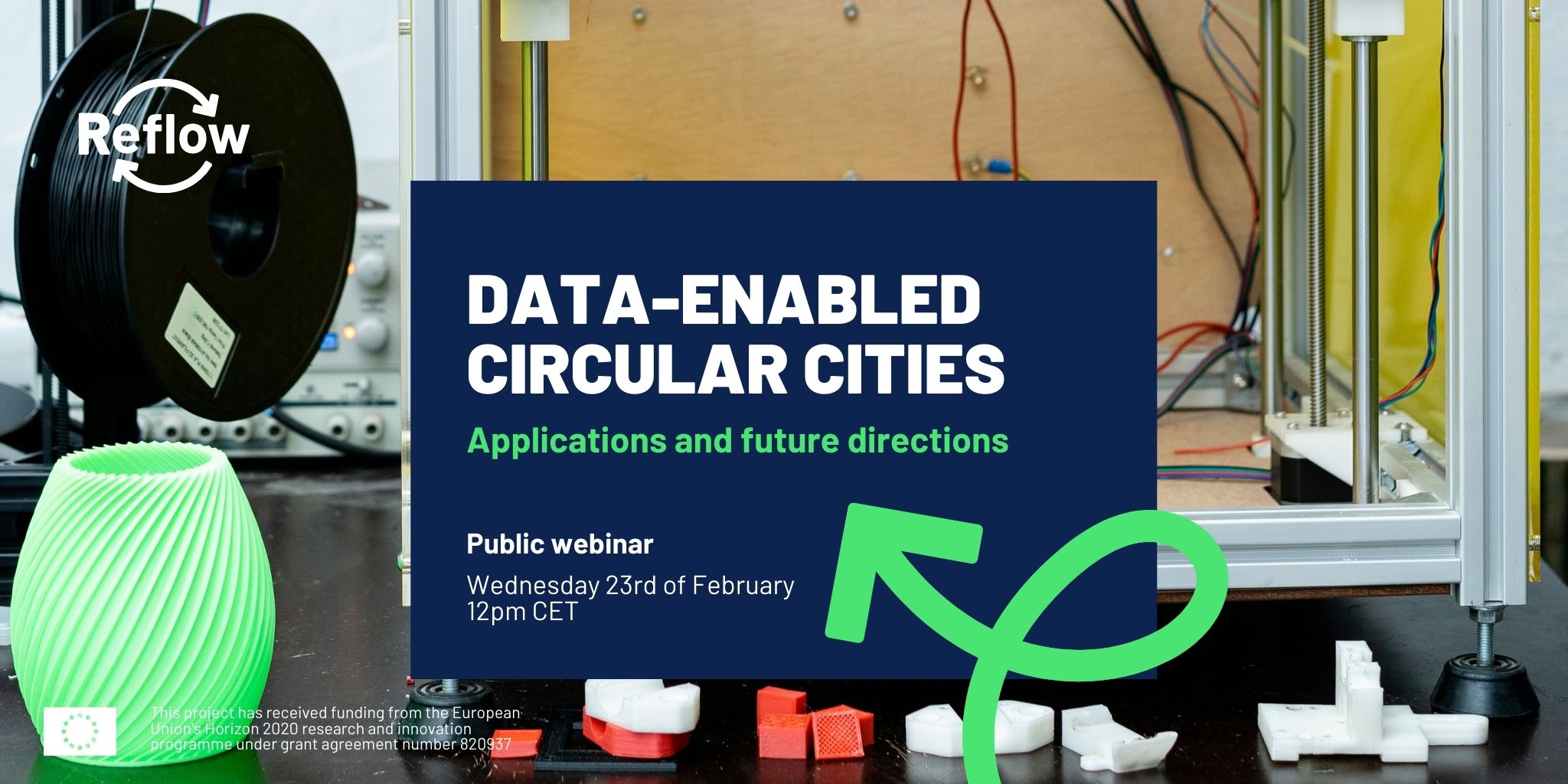 Pairing the digital revolution with the principles of a Circular Economy (CE) has the potential to radically transform our urban landscape and its relationship to materials and finite resources. Digital product passports, IoT and AI solutions for distributed value chains, etc. A number of digital applications are currently emerging and reshaping how resources flow within cities.

Digital technology is rapidly becoming a key enabler for unlocking the value from Circular Economy strategies. How can we harness the potential of data for public good?

In this webinar, experts and practitioners from the European REFLOW project – which aims at co-creating and testing regenerative solutions at business, governance, and citizen levels to create a resilient circular economy – will introduce the set of IT solutions that have been developed and implemented in six European pilot cities, and discuss how to scale up a data-enabled circular transition to other European cities.